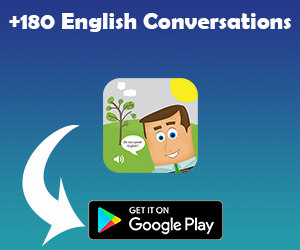 Hi. Nice of you to come over.
Thanks for inviting me.
Want to play some video games? I bought some new ones recently.
Sure. What kind of games do you have?
I have Spiderman, airplane flying, racing games and zombie fighting games for the XBOX and Mario Brothers, Rockband, and a firefighter game for the Wii.
Racing games are always fun.
OK. This is my new one. We can race or just drive around free style.
I've seen that one but I've never played it.
I played it a bit yesterday. I think you'll like it. You can drive a motorcycle, a pickup or a monster truck.
A monster truck? Really?
Yeah! It's so fun. I tried to run over the chickens but it won't let you.
Why don't we start with just driving around so I can get used to the controls then we can race later.
Sounds good to me.
I think I'll go with the motorcycle.
Those are fun to go over jumps with. I'm going to drive the monster truck.
Don't try to run over me.
It wouldn't let me even if I tried. It would just knock you off your bike.
Ok, pick the track so we can drive.
How about this one? It has mountains and a road along the lake.
That looks good to me.
There's a dirt track up on the top of the mountain and some ramps for tricks and jumps.
I'm going to go there first.
OK, I'm going to drive around the road and knock cars off the road.
You just like running over things, don't you?
Only in video games.
Race you to the top of the mountain?
You're on. Go!
Aadil Ennia
Similiar tagsESL ConversationsMario BrothersOKXBOXYeah It
Home
Home